What Our Customers Say

Very pleased with the Sunroom that was installed. The workers were very professional and nice. Took the time to answer any questions and left the site very clean. Would recommend them to anyone

If you want honesty, fairness, quality, responsiveness and genuine dedication than Building Concepts should be your contractor. I first went to Building Concepts 6 years ago when I had a 3 seasons sunroom built. Jason and his teams did a superb job. I was impressed that when l had a question 3 years later Jason immediately responded. As a result of this responsiveness when a tornado hit my house in August 2020 I called on Jason for help. He and all his teams including Jim, the owner, jumped on board and immediately got to work, There were delays due to production holdups which were outside their control and we ran into a stretch of brutal weather. However, I could not have asked for a better contractor. Jason and Jim were filled with recommendations and ideas. I went with their suggestions and I could not be happier with the end result. I don’ t know how these guys do it, but they have the best and most talented teams I have met. From structural carpenters, to roofers, siding folks, sheetrock folks, tapers and painters all were highly skilled, professional, friendly, warm, and compassionate about the job they were doing. Jason’ s teams not only do the job, but give you a feeling of confidence. They all take a personal interest in getting the job done and with your 100 percent satisfaction. When the job ended it was like saying good bye to good friends. If you want a lead contractor who is always there for you to reach out via phone, text, or email, and always backed by superb and talented teams then go with Building Concepts. You will not be disappointed. I give them a 5 star out of 5 rating.

Needed a new sun room roof: the installers took their time to do it right – even if it was very cold out. The one skylight leaked: they came out to try to fix it – found it to be defective and replaced it. Room looks beautiful again. Installers were friendly and efficient. I look forward to working with them again on other projects.

We contracted with Jason for a 3 season glass room. We had one in a previous residence, but the vendor was no longer in business so we found Jason and Building Concepts on-line. We were very pleased with both Jason’s informed description of the product and his ability to walk us through his showroom/work area. We had a long lead time for start, but he started on-time, and completed the construction as agreed and produced an excellent add on to our home. we wanted a 3 season room, even though he offered 4 season, and various alternatives. The room is better than expected, solid, and usable even in Winter on sunny days. The construction process was excellent. Each day his team cleaned up all debris. And left the premises clean. During the construction process we discovered dry rot around a window and wall. His team was able to reconstruct the area (which we paid for) and stayed pretty much on schedule. They left the completed project with not only a beautiful room, but a stronger dwelling. I would recommend Jason and Building Concepts to anyone interested in good quality work.

Jason was great to work with and his workers were very professional. I love my new kitchen! 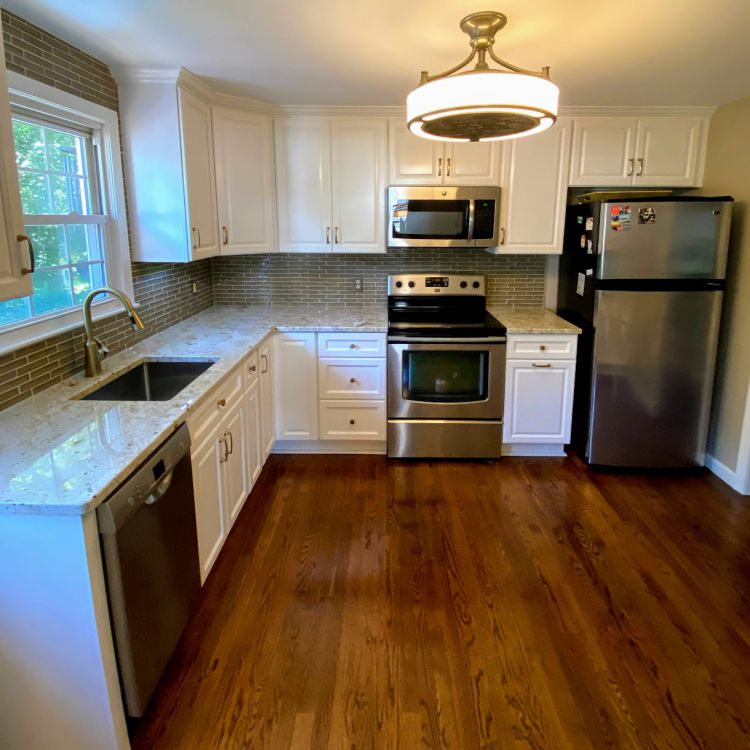 It was such a pleasure to work with Jason! I have a small kitchen and needed more storage and ergonomic design was important as I have a bad back. He had excellent suggestions including a pantry which I love with slide out drawers so no need to reach in.
Jason was always available for questions and to assist. In my wildest dreams I never thought I would have such a gorgeous kitchen! I absolutely love it and highly recommend Building Concepts!!

I was very pleased with Building Concepts. The contractor I worked with, Jason, was excellent with communication and cooperated very well with my suggestions and scheduling. I don’t know of any other company that could have done this great of work with the price they gave me. Highly recommend!

The interaction with the owners of Building Concepts and workers was above all expectations. They were serious, courteous and delivered as promised. The quality of work was superior and the result outstanding. It was a a very pleasant experience.

Everything we asked for/changed they were very accommodating. Jason, was attentive and had great communication from start to finish. For every large remodel or construction project you will run into road bumps or unexpected issues. Its how they are dealt with that makes or breaks the experience. Building concepts excelled.

They were great to work with, gutted my old kitchen and turned it into a magazine photo kitchen. Work was completed on time. Jason was wonderful, keeping me informed of when sub- contractors would be coming and he was here to meet them. He was on top of everything, patient, giving improvement ideas, very professional. Can’t say enough positive to convey my opinion of Building Concepts. I would definitely recommend them. They are the best!

Jason came to do a consult for a kitchen renovation, and from the start he was extremely helpful. He provided a rendition of what the kitchen would look like after renovations within a day or two of visiting. The work went smoothly, no glitches along the way. The various workers were on time, and finished on schedule. Feel free to review his kitchen ” before and afters”, where you will see our beautiful new kitchen.

We couldn’t be happier with our new sunroom. It’s added a great space to our smaller home- we just had our first party this past weekend and it was just what we needed to accommodate our guests when it started raining. We’ll be entertaining a lot more now! The staff is very helpful and professional – always there to answer questions from beginning to end. Thank you,

Building Concepts was a pleasure to deal with throughout the design and construction of our sunroom. Jason was especially helpful designing a custom sunroom to fit our needs and style of house. His professionalism and experience were a great asset. The crews that did the construction were clearly pros. They were all very respectful and considerate and took great pride in their work. As well they should, these guys are the best!